Ugali is arguably the most common food in Kenyan households and is one of the few dishes which can be found across the entire country. Ugali is made out of maize flour, although there are some ethnic groups which prefer sorghum or millet flour. Since the Portuguese introduced maize in Kenya during the 18th century, Ugali has become a crucial component of the Kenyan cuisine.

It is prepared by simply adding flour to boiled water and mixing it until it forms a white or yellow cake. Ugali is one of the traditional African meals which require no cutlery. Although most hotels and restaurants will offer you a knife and a fork, the proper way of eating Ugali is of course with your fingers. You simply pinch a small lump of ugali, roll it in your hand to form a ball. Then you form a  deep at the center of your lump and scoop some stew. It is also a perfect side dish for any type of grilled fish or meat! 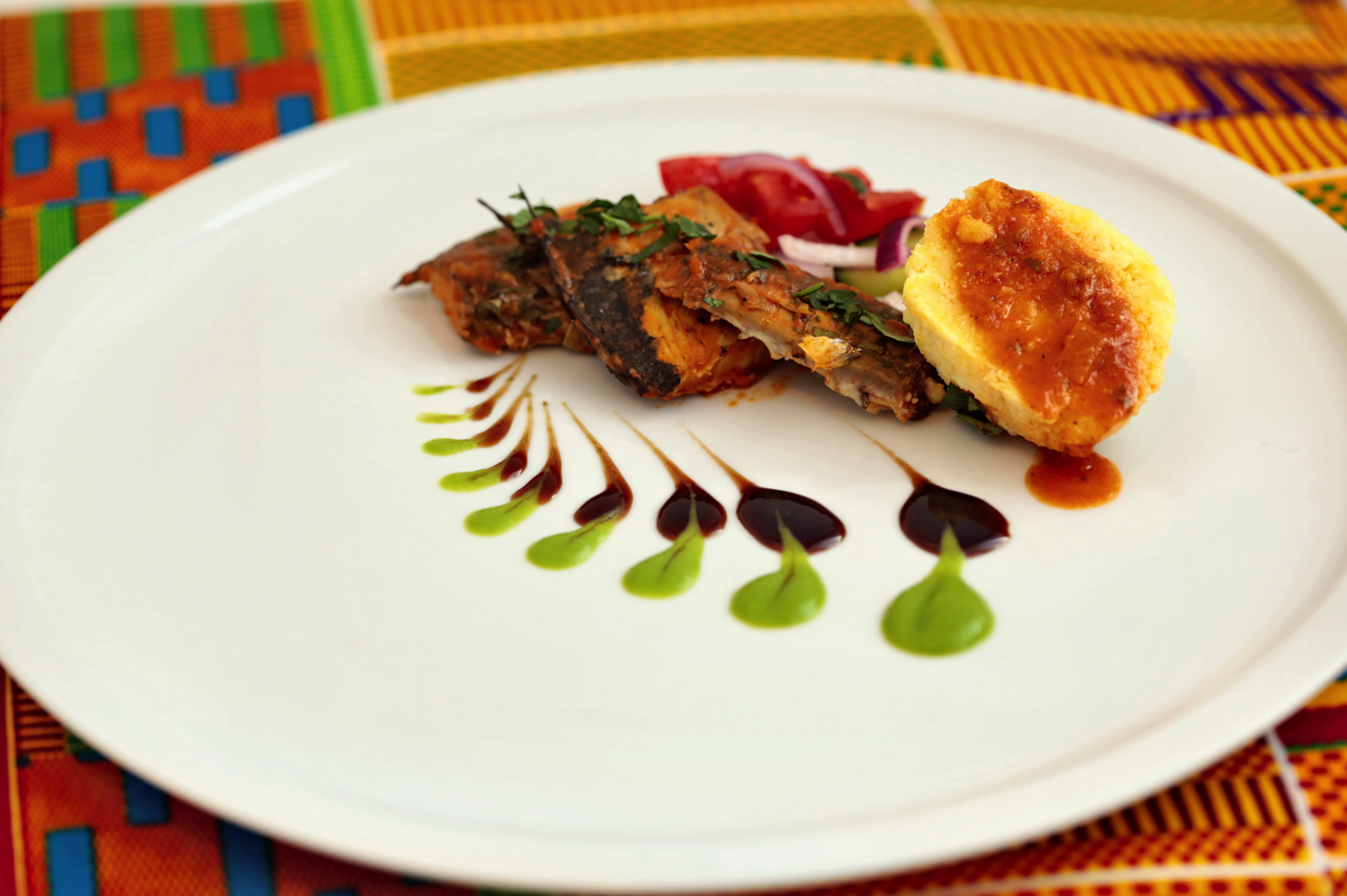 Pour some water in a pan and bring it to a boil.

Add maize or cornmeal to the water and keep stirring until the mixture becomes thick and smooth.

Make sure not to make it too stiff.

If the mixture gets a little stiff, add some boiling water.

Cover the pan and let the mixture cook for 15-20 minutes in low heat, stirring occasionally.

Once done, remove it from the flame and put the ugali on a plate to let it cool down. The ugali should set in a cake form.

Slice it into pieces as if cutting a cake and then serve a slice on a separate plate. You can serve ugali with vegetables like sukuma wiki or barbecued meat.

Ugali can also be prepared from millet flour or sorghum. You can also add some salt to it while cooking to add some taste.