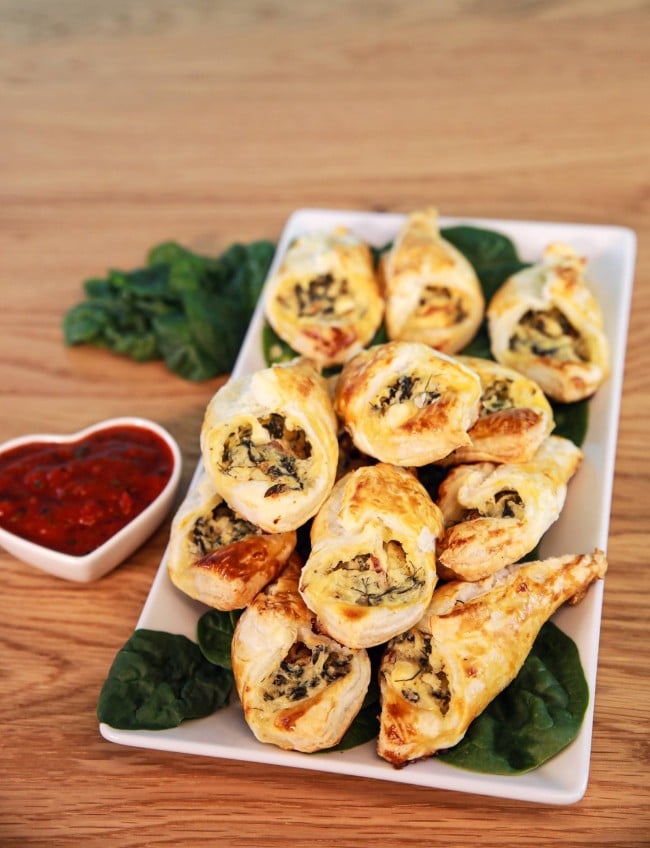 Jump to Recipe Pin Recipe
Author:Keesha
Creamy spinach mixed with feta, dill, and bacon nestled inside buttery puff pastry is the perfect snack, appetizer, or treat to consume as you watch The Emperor’s New Groove – I think Kronk would approve! 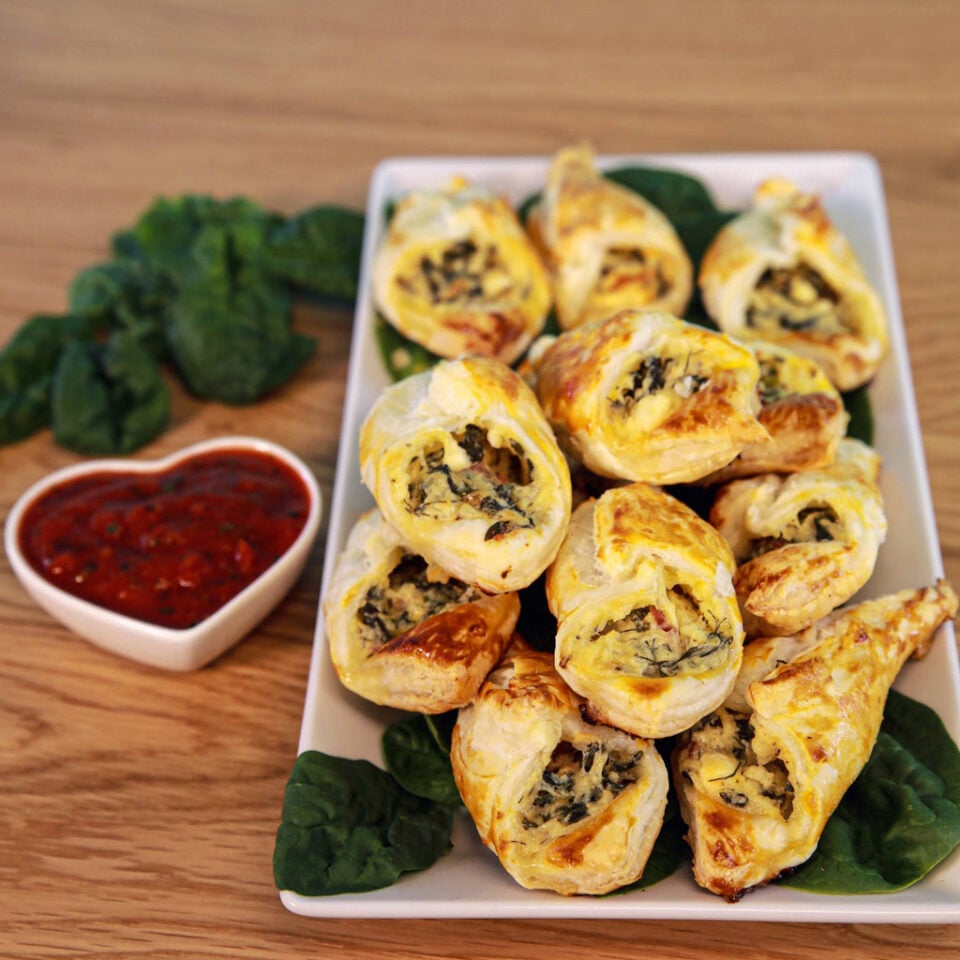 Kronk’s spinach puffs from The Emperor’s New Groove are a source of great delight for him, and I must admit, I’ve always wanted to sample them myself! This isn’t my first foray into cartoon cookery as I’ve also rustled up Princess Tiana’s beignets, Homer Simpson’s doughnuts, and now it’s time to taste The Emperor’s New Groove’s spinach puffs – which according to the anxious Kronk in the film, nearly burned in the oven, yet he saved them just in time! (In my defense, it’s easy to become invested in Disney characters’ trials and tribulations!).

I watched The Emperor’s New Groove recently and adored the humor, the bright colors of Inca Peru, plus the somewhat anachronistic spinach puffs which were served to Emperor Kuzco for dinner by the loveable and dimwitted Kronk – however, Kuzco is turned into a llama before he can enjoy them!

If you would love to taste The Emperor’s New Groove’s spinach puffs then keep reading to discover my recipe!

WHEN AND WHERE IS THE EMPEROR’S NEW GROOVE SET?

The Emperor’s New Groove is the story of a young egotistical emperor of the Incas in ancient Peru. He lives in an extravagant palace with hundreds of servants to do his bidding, dancers, and singers to celebrate his presence, and even craftsmen on hand to build him a new door if he comes to a dead-end in the corridor – you get the picture. However, on his birthday his advisor decides she’s had enough of his selfish behavior… and I won’t reveal more!

The region of Peru is vast with many different climates including jungles and coastlines. Therefore, the Incas ate a lot of varied produce.

The food of the Incas would have included maize and corn which continues to be a highly valued ingredient of the modern Americas. Other significant foods would have been grains and beans, tomatoes, cucumbers, and nuts, plus root vegetables such as sweet potatoes and cassava were in abundance.

However, it’s highly unlikely that these spinach puffs made it onto the menu!

The Emperor’s New Groove spinach puffs are an out-of-era delicacy wrapped in pastry, small, buttery, and crisp, with more resemblance to French patisserie. Although, there are alleged appearances of puff pastry in Ancient Greece, so who knows!

I think it’s more likely that Disney chose a dish modern viewers would recognize rather than a snack from the period. Plus there is the added bonus that they sound delicious. I used Kronk’s spinach puffs as a springboard for my imagination and tried and tested this moreish spinach puffs recipe so I could have a tasty snack while I watched The Emperor’s New Groove!

WHAT INGREDIENTS ARE IN MY SPINACH PUFFS RECIPE?

Apparently, a food of the Inca period was llama, but fear not, there’s no llama in these pastry bites! Instead, I have included:

All the flavors are perfectly balanced – a mixture of softly creamed spinach with garlic, onion, and dill is brightened with salty bacon and tangy feta. This filling is then bundled into the pastry, folded, and baked. Once golden and crisp, serve them as a tasty appetizer for a party or just as a substitute for popcorn.

These spinach puffs are so versatile and their fillings can be adapted according to your mood. Feel free to play around with ideas! Add a little this, a little that – I think Kronk would approve of creativity in the kitchen!

Here are some ideas for spinach puff fillings: 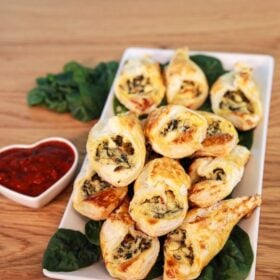 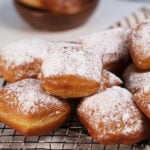 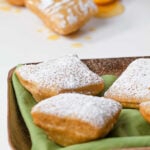 Beignets Princess and The Frog (No Yeast)