Choripán con Chimichurri is a bread with chorizo with chimichurri sauce inside. It is a creation of the mid-19th century by gauchos living in the Rio de la Plata region in rural areas. It is part of Argentina’s famous snacks, a regular companion during soccer games.

Chorizo is a mixture of 70% beef and 30% pork. Its texture is soft. Its preparation requires chorizo sausage, which is then inserted into an open, French-type bread.

Chimichurri sauce was invented in the 19th century by Jimmy Curry, an Irish immigrant. The sauce bears his name, but the spelling adopted the onomatopoeic form of pronunciation: Chimi Churri.

Here you can find the steps to make this popular dish one of the 10 most favorites of its population. 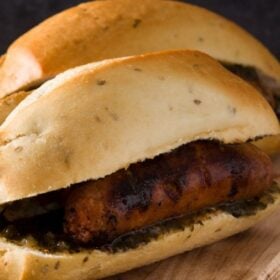 PREPARATION OF THE CHIMICHURRI: 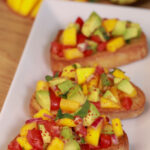 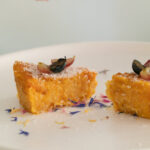 How to Make Sweet Potato Cake from Scratch